A neighbor sent me this today. 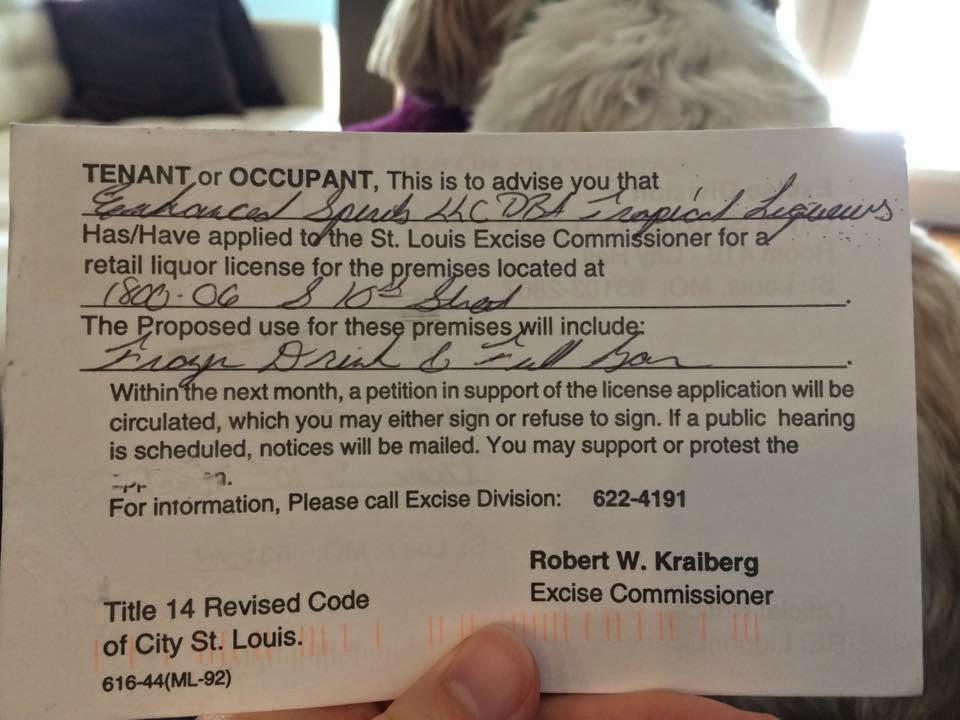 That address is the former Gladstone's building at 10th and Soulard. This appears to be Tropical Liqueurs, which first opened in Columbia in 1985. It expanded in Columbia with a second location in 2001 and put a location in Springfield, MO in 2004.

I called up to the downtown Columbia location today and spoke with a woman there. She couldn't really give me any information but she did allude to the fact that something is in the works in St. Louis. I have an email out to Trops to try to get some more information.

The Riverfront Times was able to confirm that Tropical Liqueurs does have plans to franchise a location in the St. Louis area, which would open in the Spring.
Posted by PT

Email ThisBlogThis!Share to TwitterShare to FacebookShare to Pinterest
Labels: business