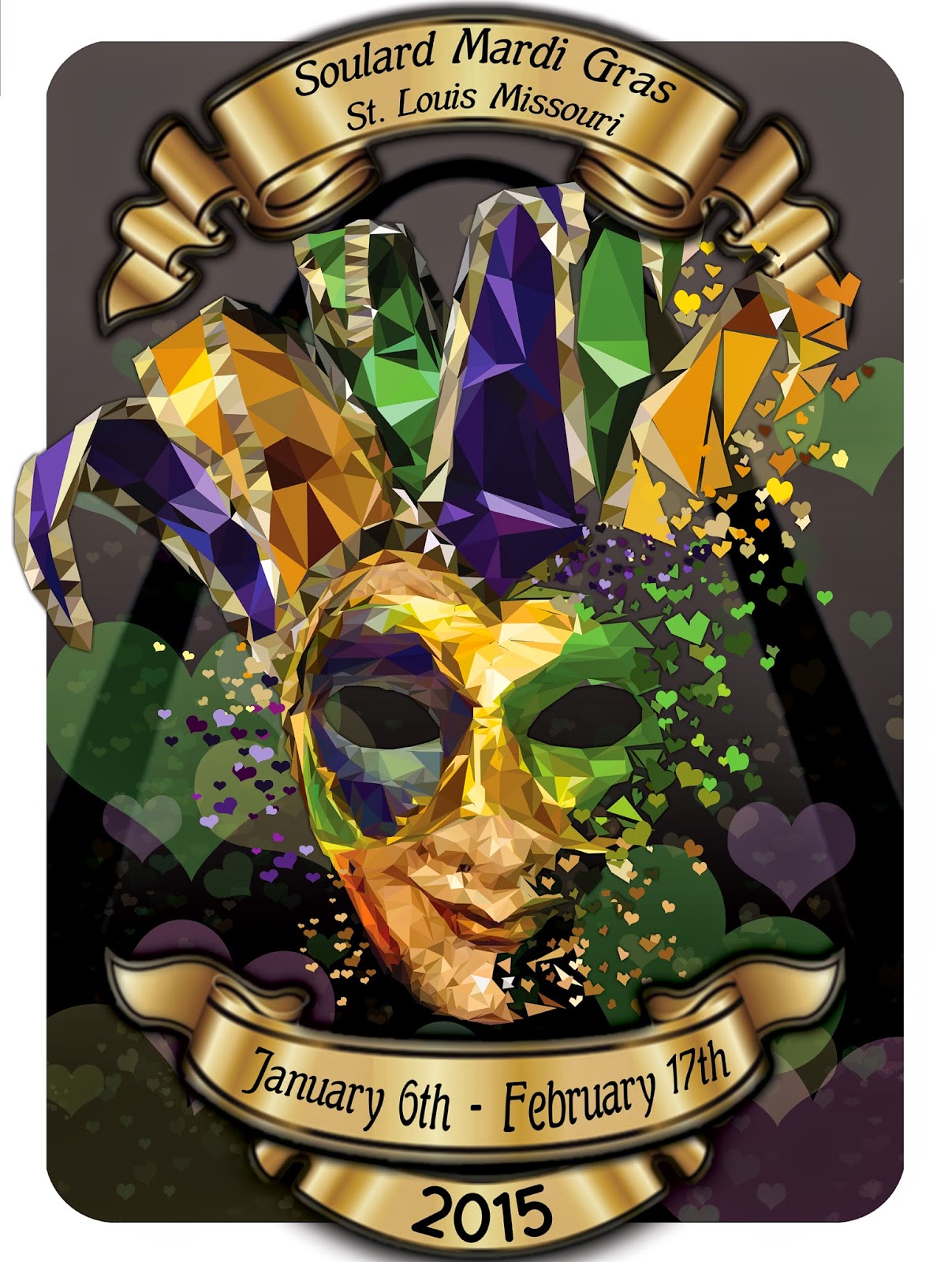 At 5pm. Soulard Mardi Gras dignitaries will gather on the second floor of Johnny's at 1017 Russell for an all-important gathering to decide the fate of Mardi Gras 2015. From 5 until roughly 6 pm, interested parties are invited to petition the board to attempt to sway their decision-making. Petitioners may do this in whatever way they see fit. Bribes are accepted and encouraged.

At roughly 6:30 pm the ceremonial King of Soulard Mardi Gras 2015, known at "Rex", will greet those gathered on Russell from the front steps of the restaurant. From there, he will announce the dignitaries' decision.

Should the decision be made to move forward with Mardi Gras 2015, a walking parade will then begin at Johhny's and wind its way through Soulard before ending at Soulard Market Park. Dignitaries and other locally-famous people will greet revelers at various establishments to toast the season. A presentation will be held in front of Soulard Market and the Soulard Mardi Gras flag will be raised high above the streets of Soulard.

This is all assuming that petitioners are successful in convincing the dignitaries to move forward with plans to celebrate Mardi Gras 2015 in St. Louis.

This is one of the coolest Soulard traditions so make sure to come out Tuesday night to Johnny's. Why Johnny's you ask? Well 1017 Russell is the birthplace of the Soulard Mardi Gras celebration. It was there in 1979 that Bob Brinkman and four of his buddies decided to throw a party. Hilary Clements owned 1017 Russell at the time and it was decided they would have the party at his house. The men each threw in $250 and invited 50 people. The event has now turned into the largest celebration in the region and what many claim is the second-largest Mardi Gras celebration in the United States.

If you're coming out to the Twelfth Night celebration on Tuesday, be sure to dress for the weather as it is an outdoor walking parade. Also, do not drive along behind the procession with your car, like a couple local reporters did two years ago. That's just asking for trouble.

As a reminder, the 2015 Bud Light Mardi Gras Grand Parade is scheduled for Saturday, February 14th. The Fat Tuesday Parade through downtown St. Louis is scheduled to begin at 5:30 pm on Tuesday February 17th.

Also, if you are on Twitter, remember to follow @STLMardiGras and tag your Mardi Gras-related tweets with #stlmg

There will be a Wig Contest at Nadine's that night as well. Where a wig there or when you stop by on the 12th Night parade and you could win up to $60 from Nadine's.
Posted by PT